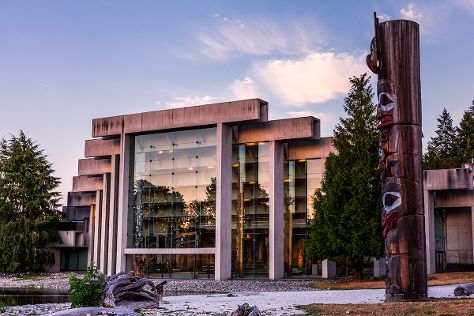 Known as "Hollywood North," Vancouver boasts one of the largest film/television industries in the world, second only to Los Angeles and New York.

Discover out-of-the-way places like Kitsilano Beach and Lighthouse Park. Take a break from the city and head to Granville Island and Lost Lake. Step out of Vancouver with an excursion to Steveston Heritage Fishing Village in Richmond--about 40 minutes away. The adventure continues: admire the masterpieces at Museum of Anthropology, explore the striking landscape at Vancouver Seawall, take your sightseeing to a higher altitude at Grouse Mountain, and contemplate the waterfront views at English Bay.

If you are flying in from United States, the closest major aiports are Vancouver International Airport and Victoria International Airport. In July, daily temperatures in Vancouver can reach 75°F, while at night they dip to 59°F. Finish up your sightseeing early on the 5th (Fri) so you can travel back home.
more less

Things to do in Vancouver