Plan created by another user. Make it yours 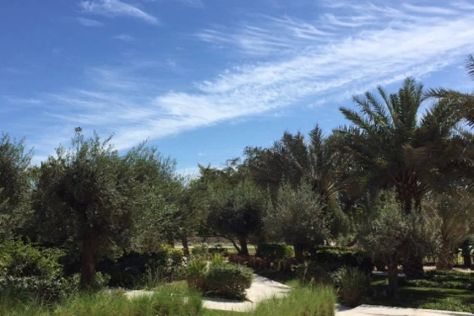 Kuwait City, the country's capital and largest urban area, combines many of the aspects of a modern, rich city of the Gulf region, with a more rugged and ordinary core.

Kick off your visit on the 11th (Mon): contemplate in the serene atmosphere at Grand Mosque, don't miss a visit to Sadu House, thenadmire the striking features of Kuwait Towers, thenadmire the majestic nature at Al Shaheed Park, and finally test your team's savvy at popular escape rooms.

Plan my Kuwait City trip by asking Inpirock to come up with tips and suggestions.

If you are flying in from United Kingdom, the closest major aiport is Kuwait International Airport. Expect a daytime high around °C in November, and nighttime lows around °C. Wrap up your sightseeing on the 11th (Mon) early enough to drive to Hawalli.
more less

Things to do in Kuwait City

To find reviews, maps, and other tourist information, refer to the Hawalli trip builder app.

Hawalli is very close to Kuwait City. Expect a daytime high around °C in November, and nighttime lows around °C. Wrap up your sightseeing by early afternoon on the 13th (Wed) to allow time for the car ride back home.
more less

Things to do in Hawalli