©
Plan created by another user. Make it yours

Give yourself a bit of retail therapy at Vitosha Boulevard and Galeria Nina. Your cultural itinerary includes sights like St. Alexander Nevski Cathedral and Boyana Church. Change things up with these side-trips from Sofia: Assen's Fortress (in Asenovgrad), Rila Monastery (in Rila) and Dancing Bears Park (in Belitsa). There's still lots to do: brush up on your military savvy at National Museum of Military History, test your team's savvy at popular escape rooms, take in the architecture and atmosphere at Ancient Orthodox Church Saint Parascheva - the Old "St. Petka", and admire the landmark architecture of Temple Sveti Nikolay.

To see where to stay, traveler tips, more things to do, and tourist information, use the Sofia attractions planner.

Stockholm, Sweden to Sofia is an approximately 8.5-hour flight. You can also drive; or do a combination of car and train. You'll lose 1 hour traveling from Stockholm to Sofia due to the time zone difference. Expect somewhat warmer weather when traveling from Stockholm in June: highs in Sofia hover around °C, while lows dip to °C. Finish your sightseeing early on the 6th (Sat) so you can drive to Melnik.
more less

©
Melnik is a town in Blagoevgrad Province, southwestern Bulgaria, in the southwestern Pirin Mountains, about 440 m above sea level. On the 7th (Sun), don't miss a visit to Rozhen Monastery, thenexplore the striking landscape at The Melnik Pyramids, thendo a tasting at Villa Melnik Winery, and finally stop by Wine Gallery.

Traveling by car from Sofia to Melnik takes 2.5 hours. Alternatively, you can do a combination of train and taxi; or take a bus. Wrap up your sightseeing on the 7th (Sun) to allow time to drive to Belogradchik.
more less

Things to do in Melnik 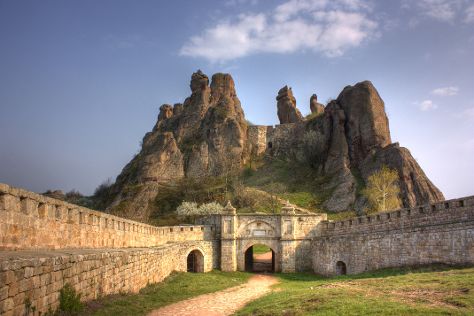 ©
Belogradchik is a town in Vidin Province, Northwestern Bulgaria, the administrative centre of the homonymous Belogradchik Municipality. Start off your visit on the 8th (Mon): explore the fascinating underground world of Venetsa Cave, thentake in the dramatic natural features at Belogradchik Rocks, and then steep yourself in history at Belogradchik Fortress.

For more things to do, traveler tips, reviews, and other tourist information, use the Belogradchik trip planner.

Things to do in Belogradchik 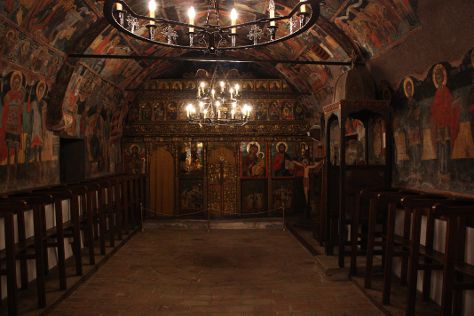 ©
Veliko Tarnovo is a city in north central Bulgaria and the administrative centre of Veliko Tarnovo Province.Often referred to as the "City of the Tsars", Veliko Tarnovo is located on the Yantra River and is famously known as the historical capital of the Second Bulgarian Empire, attracting many tourists with its unique architecture. Do some cultural sightseeing at Open Air Ethnographic Museum ETAR and Konstantsalieva House. Discover out-of-the-way places like Devetashka Cave and Troyan Monastery. The adventure continues: pause for some serene contemplation at Chiesa della Nativita, contemplate in the serene atmosphere at Monastery of the Holy Transfiguration of God, and delve into the distant past at Tsarevets.

Traveling by car from Belogradchik to Veliko Tarnovo takes 5 hours. Alternatively, you can take a train; or take a bus. The time zone changes from Central European Standard Time (CET) to Eastern European Standard Time (EET), which is usually a 1 hour difference. In June, daily temperatures in Veliko Tarnovo can reach °C, while at night they dip to °C. Wrap up your sightseeing on the 11th (Thu) early enough to drive to Nessebar.
more less

Step off the beaten path and head to Church of Saint Sophia and Church of the Holy Archangels Michael and Gabriel. Get some historical perspective at St Stephens Church and Church of Christ Pantocrator. You'll find plenty of places to visit near Nessebar: Irakli Beach (in Obzor) and Sozopol (Church of The Most Holy Mother, Scuba & Snorkeling, &more). The adventure continues: learn about winemaking at Winery Messembria, pause for some serene contemplation at Church of St. Blaise, walk around Camel Park Sunny Beach, and admire the striking features of Church of the Assumption.

To see where to stay, reviews, other places to visit, and tourist information, you can read our Nessebar online driving holiday planner.

Drive from Veliko Tarnovo to Nessebar in 3.5 hours. Alternatively, you can take a bus; or do a combination of train and bus. In June, daytime highs in Nessebar are °C, while nighttime lows are °C. Wrap up your sightseeing on the 15th (Mon) early enough to travel back home.
more less