©
Liscannor is a coastal village in County Clare, Ireland.GeographyLying on the west coast of Ireland, on Liscannor Bay, the village is located on the R478 road between Lahinch, to the east, and Doolin, to the north. Kick off your visit on the 17th (Sat): step off the mainland to explore Scattery Island, then explore and take pictures at Moher Hill Open Farm and Leisure Park, then hike along Hag's Head, and finally explore the striking landscape at Cliffs of Moher. On the 18th (Sun), you'll have a packed day of sightseeing: stop by The Burren Smokehouse,, then Head underground at Aillwee Cave, then look for all kinds of wild species at Burren Birds of Prey Centre, and finally stroll around Burren National Park.

Newark, USA to Liscannor is an approximately 14-hour flight. The time zone difference moving from Eastern Standard Time (EST) to Greenwich Mean Time (GMT) is 5 hours. Traveling from Newark in August, expect nights in Liscannor to be a bit cooler, around 54°F, while days are much colder, around 65°F. Wrap up your sightseeing on the 18th (Sun) early enough to travel to Carrick.
more less

Things to do in Liscannor

©
Start off your visit on the 19th (Mon): kick back and relax at Silver Strand Beach and then take in the dramatic natural features at Slieve League.

To find out how to plan a trip to Carrick, use our trip itinerary maker.

You can drive from Liscannor to Carrick in 4.5 hours. August in Carrick sees daily highs of 62°F and lows of 55°F at night. Cap off your sightseeing on the 19th (Mon) early enough to travel to Killarney.
more less

Things to do in Carrick 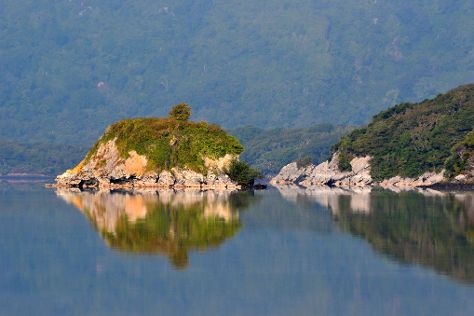 Spend the 20th (Tue) exploring nature at Killarney National Park. There's lots more to do: admire the natural beauty at Muckross House, see the sights as you ascend with a climbing tour, explore the historical opulence of Ross Castle, and take in the architecture and atmosphere at St. Mary's Church of Ireland.

For more things to do, other places to visit, traveler tips, and tourist information, use the Killarney itinerary planning website .

Drive from Carrick to Killarney in 5.5 hours. In August, daily temperatures in Killarney can reach 64°F, while at night they dip to 54°F. Finish your sightseeing early on the 22nd (Thu) so you can drive to Blarney.
more less

Things to do in Killarney 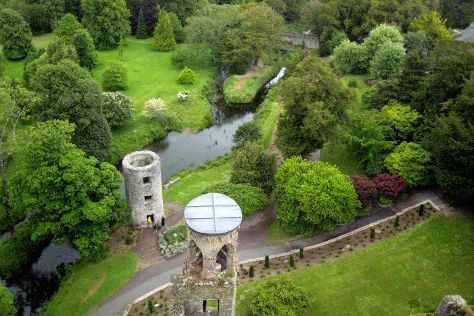 A small town steeped in history and legends, Blarney provides a convenient base for exploring the southwestern portion of Ireland.

Start off your visit on the 23rd (Fri): gain insight at University College Cork (UCC), then stop by Blarney Woollen Mills, and then step into the grandiose world of Blarney Castle & Gardens.

To see photos, other places to visit, maps, and more tourist information, you can read our Blarney trip planner .

Drive from Killarney to Blarney in 1.5 hours. Alternatively, you can take a train; or take a bus. Expect a daytime high around 64°F in August, and nighttime lows around 52°F. Wrap up your sightseeing on the 23rd (Fri) to allow time to drive to Galway.
more less

Things to do in Blarney

Connemara National Park & Visitor Centre has been added to your itinerary. Kick off your visit on the 23rd (Fri): explore the wealth of natural beauty at Connemara National Park & Visitor Centre. On the 24th (Sat), you'll have a packed day of sightseeing: appreciate the extensive heritage of Salthill Promenade, don't miss a visit to Quay Street, and then cruise along Wild Atlantic Way.

Drive from Blarney to Galway in 2.5 hours. Alternatively, you can take a bus; or take a train. August in Galway sees daily highs of 62°F and lows of 51°F at night. On the 26th (Mon), wrap the sightseeing up by early afternoon so you can travel to Galway.
more less

On the 26th (Mon), contemplate in the serene atmosphere at St. Nicholas' Collegiate Church and then contemplate the waterfront views at Galway Bay. Keep things going the next day: explore by horseback at Drummindoo Stud and then find something for the whole family at Westport House & Pirate Adventure Park.

For more things to do, ratings, reviews, and tourist information, read our Galway trip planner.

Cap off your sightseeing on the 28th (Wed) early enough to travel back home.
more less

Westport
Find places to stay Aug 26 — 28:
Book a Hostel
Highlights from your plan